WebODM is a free and open source software for processing drone images. It generates point clouds, orthophotos, elevation models and 3D models from aerial images. We started the project on August 2016 soon after discovering OpenDroneMap. The fact that OpenDroneMap was command line only and that installation was a bit out of range for average users sounded like a good problem to solve.

After coming out of alpha in early 2017, the project has experienced steady growth. We went from no users to 400+ stars and 121 forks on GitHub and 5000 docker images pulls (a very rough estimate of installations). Code contributions to the project have been very low, however issue reporting activity has been quite active, mostly when datasets are not being processed properly, which is often caused by insufficient memory or bad data.

In the summer of 2017, realizing people were having trouble setting up docker on Windows, we decided to build and release a paid installer for WebODM which helps users get up and running more easily. The result has been a success, further lowering the technical barrier of entry while at the same time providing on-going funding for the project. We’re pleased to announce that there’s probably a copy of WebODM running in every continent with the exception of Antarctica.

Most of last year has been focused on catching up to expose most of the features of OpenDroneMap. This year we hope to bring to the table features that will increase the usefulness of the platform for many industries and categories of users:

Overall 2017 has been a great year for WebODM. We look forward to continue working on this amazing project.

Stay up to Date 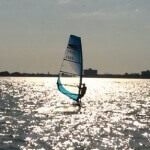 Piero Toffanin
I'm a software engineer and user experience designer at MasseranoLabs. I've been writing software for 19+ years. I write about technology in my spare time. Follow me on Twitter: @pierotofy